Three airplanes whose pilot/owners will offer rides during the 2019 National Stearman Fly-In are featured on the event’s 2019 official poster. The Fly-In will be held Sept. 2-7, 2019, at Galesburg Municipal Airport.

At the top of the Stearman stack is David Brown of Warrenton, VA, who specializes in providing his passengers, if they request it, an aerobatic experience.

In the middle is Brian Rosenstein of Stanley, NC, in his Stearman “Sweet Caroline.”

At the bottom is Robert Preston’s “Tillie.” Preston, from Canton, OH, is the only Stearman ride plane operator who flies an aircraft powered by a 450-horsepower engine.

“My airplane was delivered to the Navy on Sept. 22, 1943, and stationed at Naval Air Station Memphis, Millington, TN, until 1946. Then it was sent to NAS Corpus Christi, TX, refurbished, and flown until placed into storage at NAS Weeksville, Elizabeth City, NC, in 1947.

“It was sold by the War Assets Administration in 1948 to the Civil Air Patrol in Charlotte, NC. She flew for the CAP out of Charlotte and Gastonia, NC, until 1956 when she was sold and became a crop duster in Kansas, Texas, California and beyond.

“She was restored to stock condition by Harry Halajian of San Jose, CA, from 1977-1986 and given back the original Continental W670 220hp engine and Navy colors with buzz number 794. She changed owners a few times until being restored again in 1997 after an accident in Florida. While she retained the 794 buzz number and overall Navy scheme, she was given a light gray fuselage and all blue tail.

“I purchased her from Robert Preston in 2017 and began my ride business — Legacy Biplane Rides of Charlotte, NC, back where she started her civilian life. We are based at the Concord Regional Airport, a suburb of Charlotte. I currently fly the 737 for American Airlines for my day job. I have flown rides in Stearmans since the mid 90’s, both with the Flying Circus Airshow, Bealeton VA, and with David Brown.”

Schaufler drew his first National Stearman Fly-In poster in 2001, and has produced them for 17 of the past 18 years

Posters – $10 each – will be on sale in the National Stearman Fly-In Retail Store from 9 a.m. to 5 p.m. each day of the Fly-In. Mailing tubes also are available for purchase. 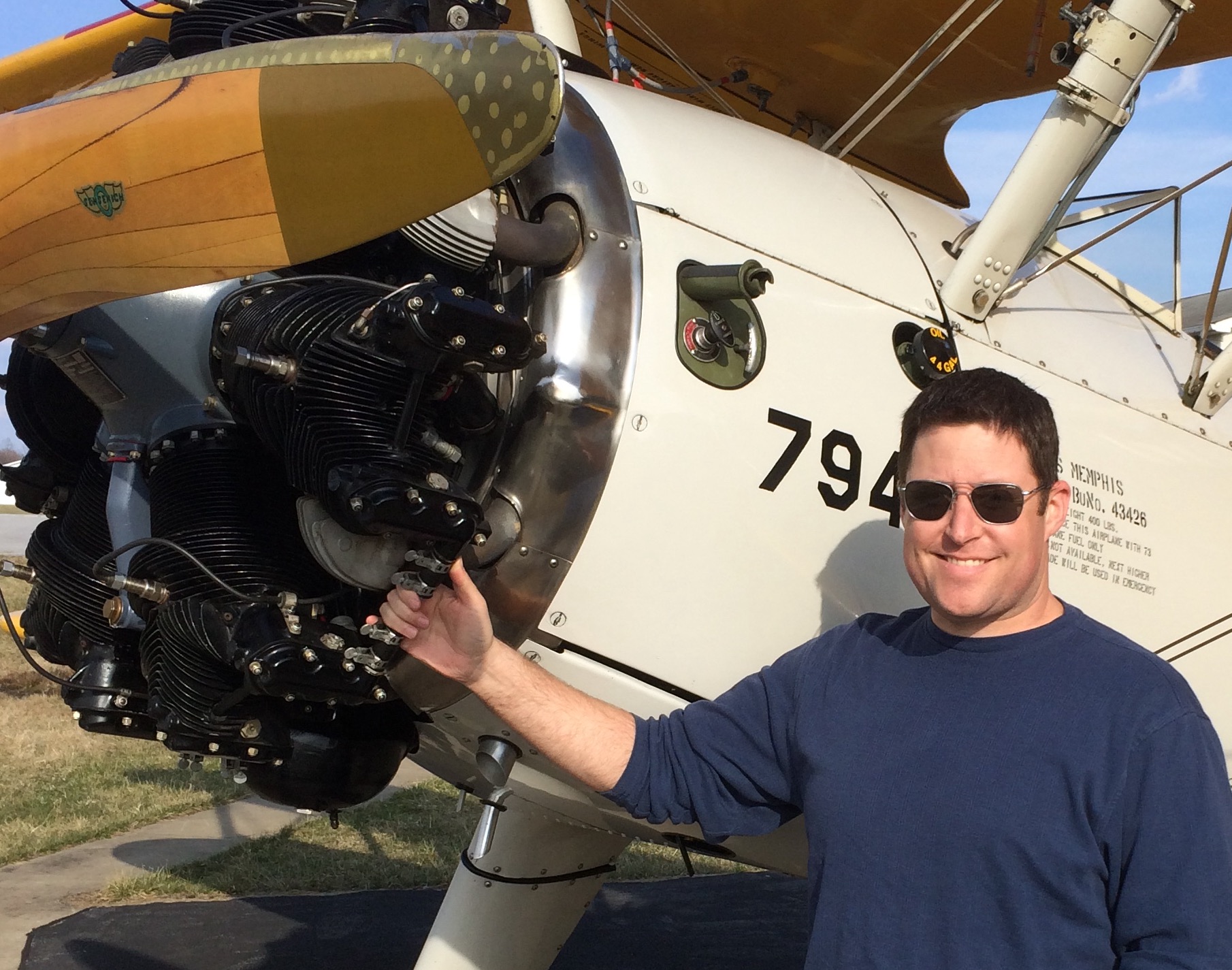 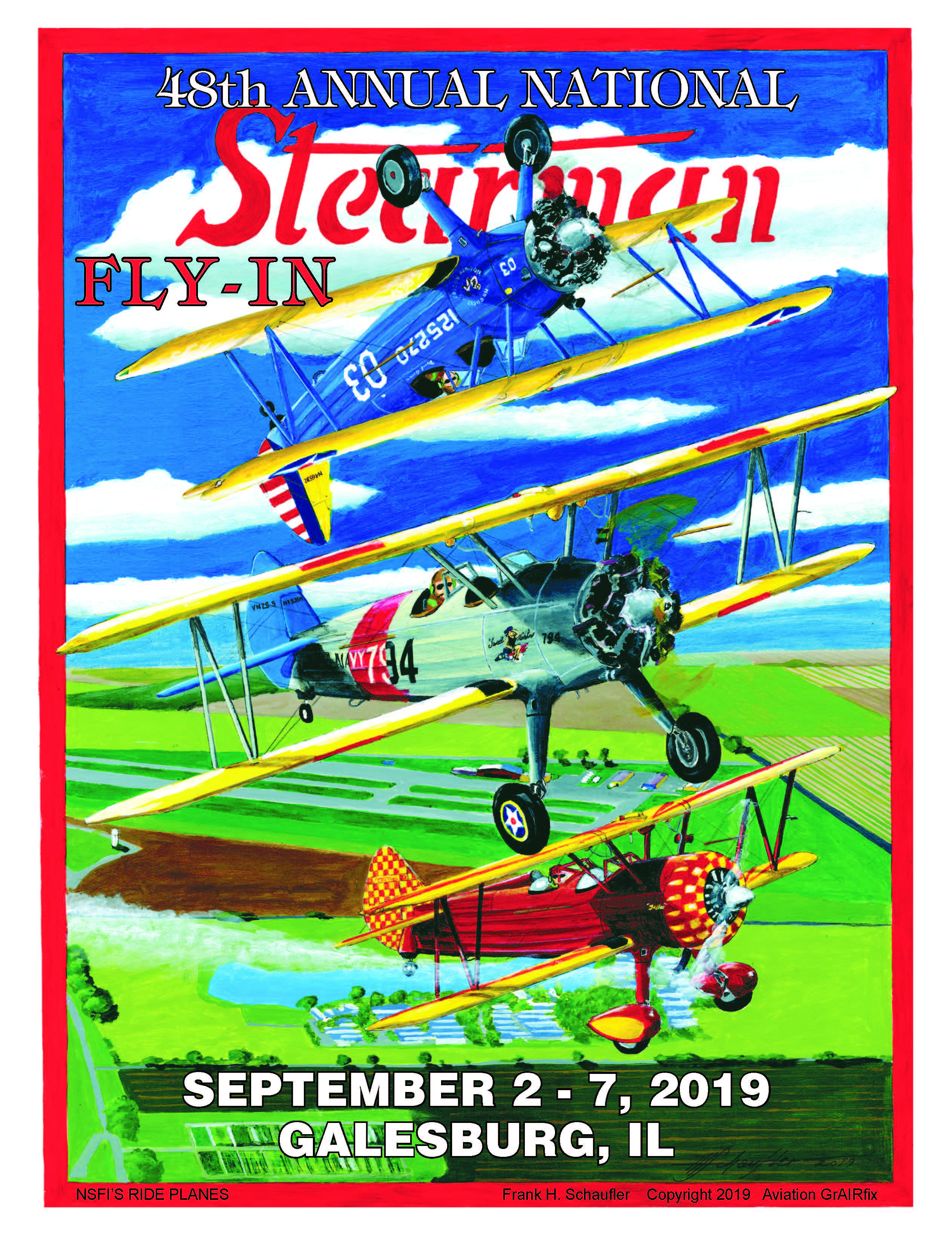