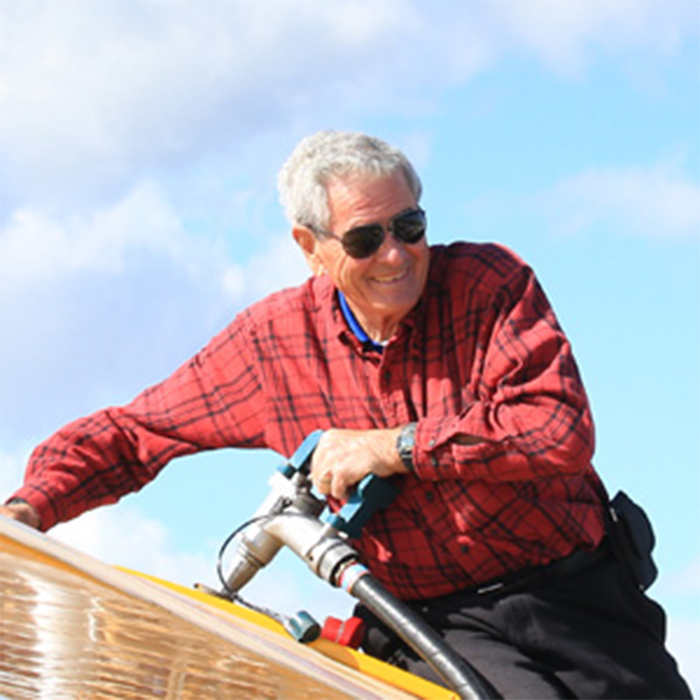 Galesburg FBO is my fourth career!  CBQ Railroad, Farmer (1 year went broke),Engineer for Caterpillar 1963 to 1969 when I came to GBG to be the FBO with a company called Galesburg Aviation. Primary business was Charter, Training, Maintenance and Sales.  Sold the company less the 135 operation, to Porsche AG in 1986 to become the North American headquarters of Porsche Aviation Products/Porsche Galesburg. Operated the 135 Charter operations under a new company named Jet Air,Inc.  Jet Air, Inc purchased the FBO back from Porsche after they got out of the Aviation business in 1989.  It's been Jet Air, Inc since that time and has grown into a world wide aviation business.

Have been working with the annual Stearman event since day one!  A total of 16 Stearman, a couple of T-6's and a mix of many unusual aircraft and pilots were part of the first event!  The pilots consisted of a few airline pilots, former WW II pilots and several (renegade) crop dusters.  The designated headquarters for the fly-in for the first 5 years was a rather colorful saloon on west main called "Tooties".  The lack of Bureaucrats (FAA), the wide open airport surrounded by many flat fields and the hospitality of the local FBO and Tooties left a lasting impression that kept them coming back year after year.

I have met many wonderful and unusual folks that have been a part of the fly-in and consider them all my friend.  I have been blessed to have accumulated 20,000 plus flight hours, 7 type ratings and have flown hundreds of different kinds of aircraft.  It's been a great ride.