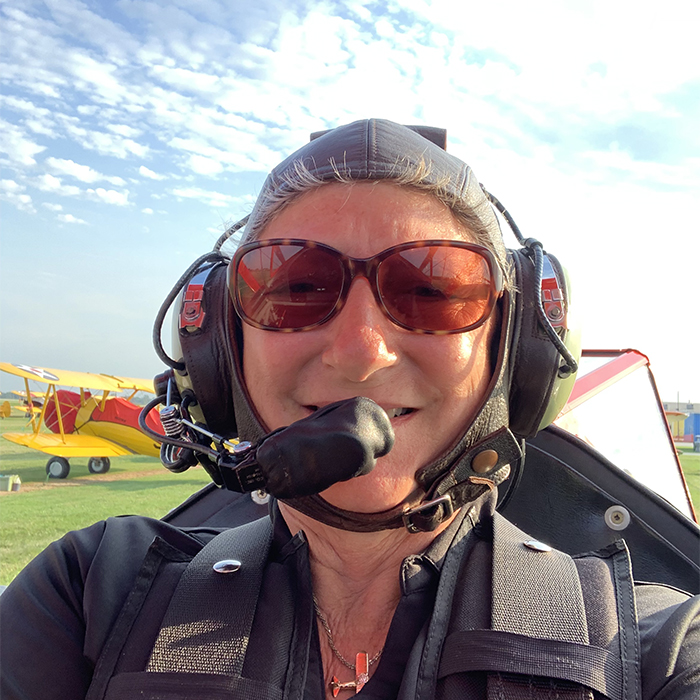 Lisa grew up in Denver Colorado, attended Western State University before moving to Central Illinois in 1984.  She ultimately completed her Business degree at University of Illinois. Lisa received her pilot's license in 1986. Her reasoning for earning the license was to spend time with her husband (Ric) and to have something in common with him. We have two children who have since moved on into their own lives. Life has been great, as it has taken us all over the world.  Aviation has gone with us, so we have friends in aviation across the globe as well as allowing us the opportunity to fly in many models of airplanes and varying regions. Lisa's first National Stearman fly-in was in 1984 (13th), and she has attended nearly every one since. We purchased our first Stearman in 1991, a 1941 stock Army model. We currently own a 1943 E75 custom Stearman N802RB.