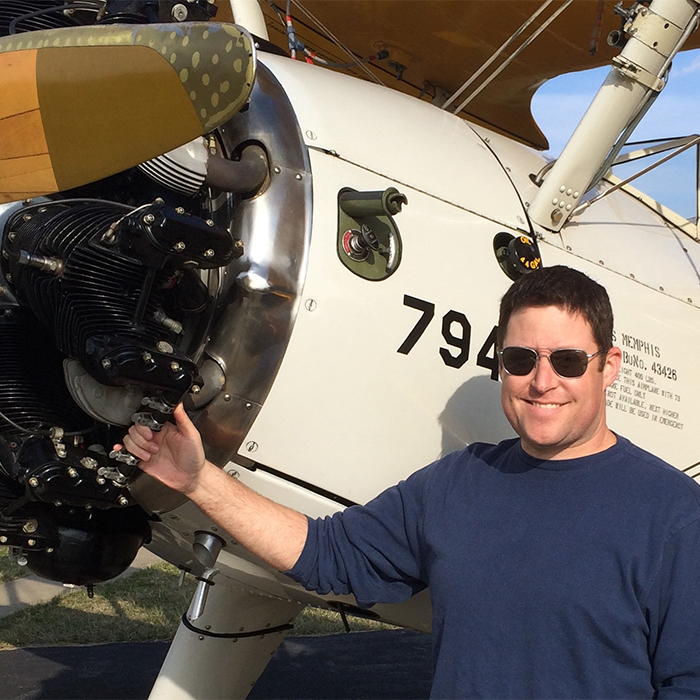 According to his mother, Brian's first word was actually “plane”. At the age of 13, Brian attended an airshow called The Flying Circus in Bealeton Virginia, a weekly barnstorming style airshow. He went back every Sunday for a year until they hired him onto the ground crew. He then began his flying lessons in a Cub and a Stearman on the field. He soloed at 16, got his Private at 17, and began flying rides in Stearmans and Cubs at the Flying Circus after attaining his Commercial at 18 years old.

Brian lives in Charlotte, NC with his teenage son and Great Dane, and flies the Airbus A319/320/321 for American Airlines. He owns a 1943 Stearman N2S-5 and is a current flight instructor and enjoys helping new Stearman owners get proficient in their airplanes.