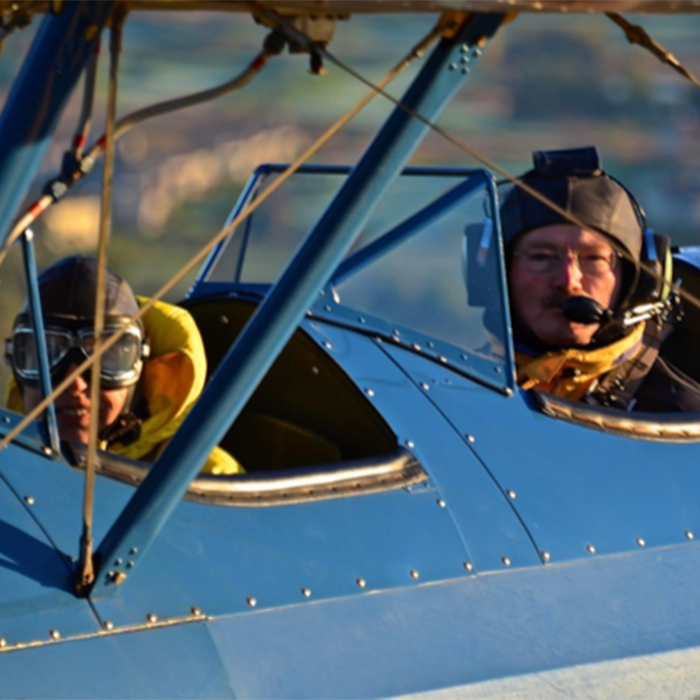 Tye grew up on a dairy farm in Michigan signed up for the US Navy my senior year in High school.Turned 18 in boot camp at Great Lakes Recruit Training Command. After basic and'A' schools I became a Hull Maintenance Technician 3rd class. Went to 'C'School in San Diego for Non-Destructive Testing of Metals. Then spent the next 19 years repairing submarines. Expanded my NDT certification to Level III in Visual, Dye Penetrant, Magnetic Particle, Ultrasonic Thickness, Silver Braze,Shear Wave, Eddy Current crack detection and dealloying, Radiography and Radiographic Film Interpretation. My Dad was an Air Force crew chief on F-84's for four years. That's probably where my airplane addiction came from. I've been interested in airplanes as far back as I can remember. I finished up my private pilot training at Barber's Point Navy Flying club in Hawaii and expanded to multi-engine. After I got back to the mainland I added instrument.I retired from the Navy after 20 years and went to work with Snap-on in the IT department. As a mechanic it's really nice to have the Snap-on employee discount. Not long after retiring I added a helicopter rating flying R-22's.Then on to night school for A&P. Helicopter's are too expensive for me so I bought a Cessna 140 figuring tailwheel would be a nice challenge. After moving into my hangar at KENW I met Pete Spear and got some rides in his Stearman. That was enough to set the hook and a couple years later I found my PT17 at Stoughton near Madison. It was naked when I got it so I added 58 for a buzz number. I really enjoy the airplane and the people that surround it.